WITH AXIS GROUP BEING THE GOLD SPONSOR FOR THE SOUTHERN DATA SCIENCE CONFERENCE, WE FELT IT WAS 100% APPROPRIATE TO HIJACK THE MOCK-UP MONDAY CHANNEL TO TALK ABOUT ADVANCED ANALYTICS. VIVA LA REVOLUTION!

You say you want a revolution

We all want to change the world.

Analysts, data scientists, and enterprising managers all over the world are trying to start revolutions. And some are even trying to change the world.

Most would-be-revolutionaries are finding that it’s difficult to revolutionize an existing organization. More often than not, what they are missing is PURPOSE.

Driven by sense of purpose and unity, the American colonists (with some help from the French) stood up together in the late 1700's and successfully rebuffed the British and established independence. Their purpose was simple and well known - independence from the Crown. The colonists were able to rally around that objective and come together and revolt.

Regardless of your opinion on the movement, Occupy Wall Street is an interesting study. OWS began in 2011 as a collection of people protesting global income inequality. In general, the protesters were fighting against influence of corporations on politics, income inequality, and the power of institutions. Despite having outlines of things that they were opposed to, the movement lacked a specific goal or piece of legislation to rally behind. Some leaders of the movement went so far as to reject the idea of creating a set of specific goals in general. In the end, one of the reasons that the movement fizzled out was due to a lack of a concrete purpose to move toward that the members could agree upon and rally behind.

While admittedly being oversimplifications of historical events, these two examples still demonstrate the importance of having a PURPOSE. Here are three ways this applies to your analytics revolution.

You say you want a revolution. Make sure someone outside your team buys in. 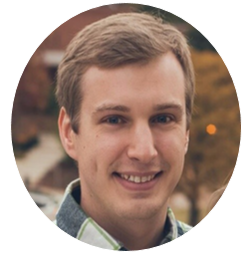 Nathan Hombroek is the Data Science Practice Lead at Axis Group. He is an experienced analytics leader and practitioner heading a team of Data Science Consultants that solve complex business problems with data and analytics. He is passionate about architecting creative business solutions and mentoring the next generation of analytics professionals. Nathan has a BS in Economics from Georgia Tech and an MBA, Business Analytics from Georgia Tech.